A short satirical project on immigration and the media

The project was born out of the storyboarding workshop. It is the magic tale of an octopus who having lost two legs gets them replaced by a banana skin prosthetic harness.

An octopus newly arrived in London gets two prosthetic tentacles on the NHS. Due to tragic cut backs the prosthetic legs are made from slightly browned banana skins in a harness. Using an octopuses ability to open a jar the legs are fitted. There is uproar in the media.

Use of animated materials, surface and subsurface scatter to simulate the chromatophores (black/brown/orange/red/yellow) using a combination of light and materials to simulate iridophores (reflecting plates for iridescent colours) and leucophores (environmental colours). 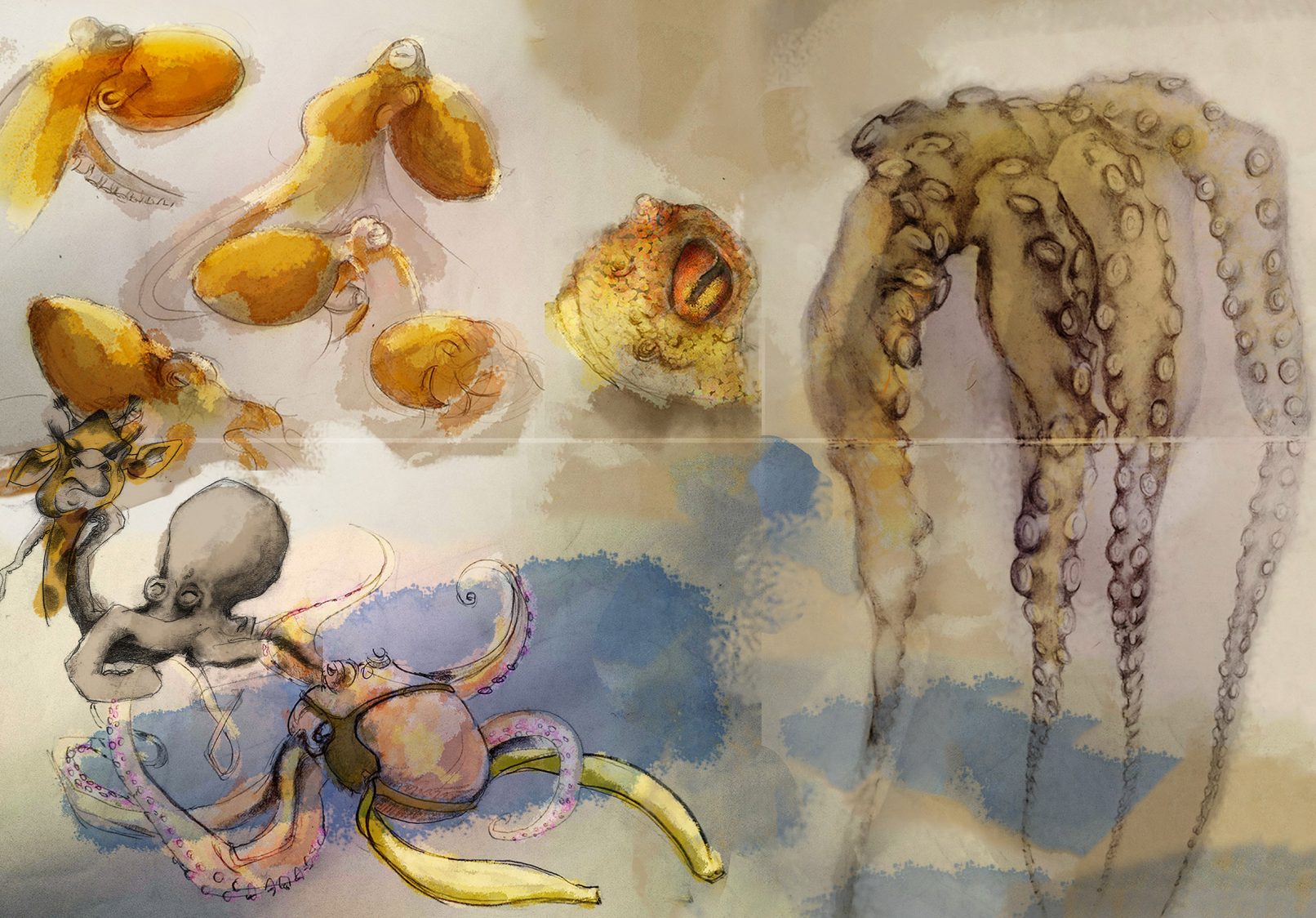 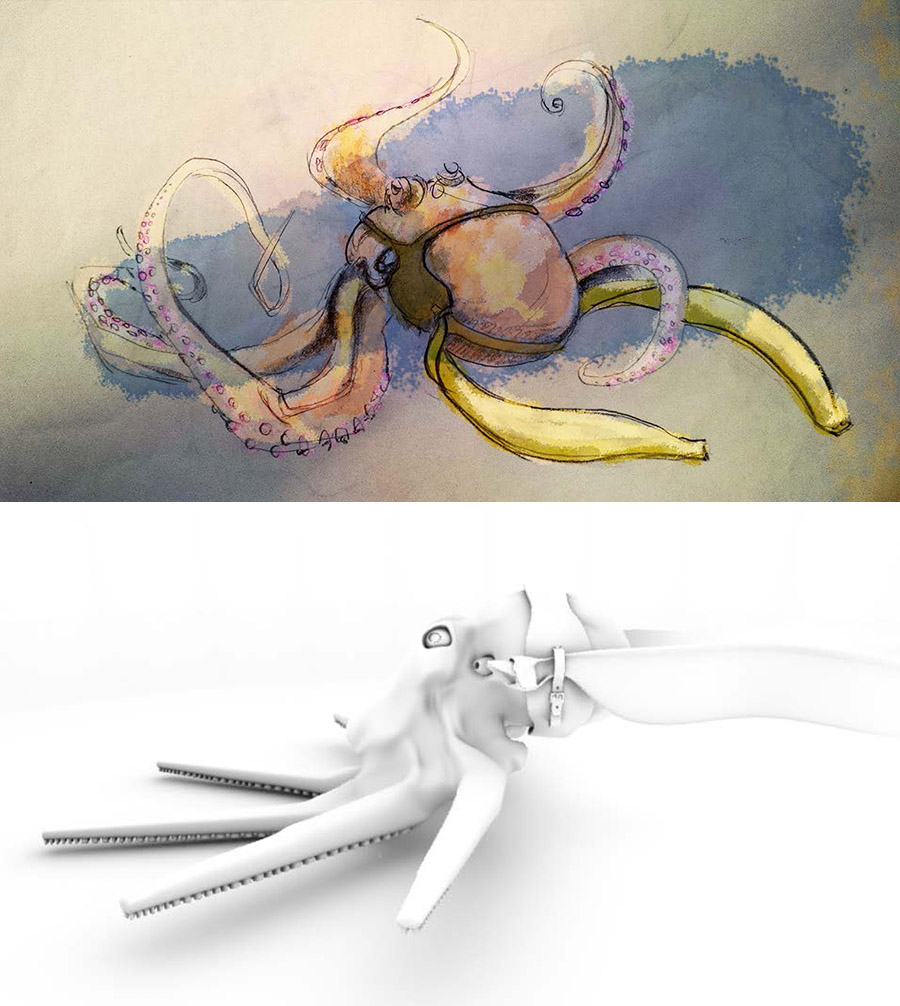 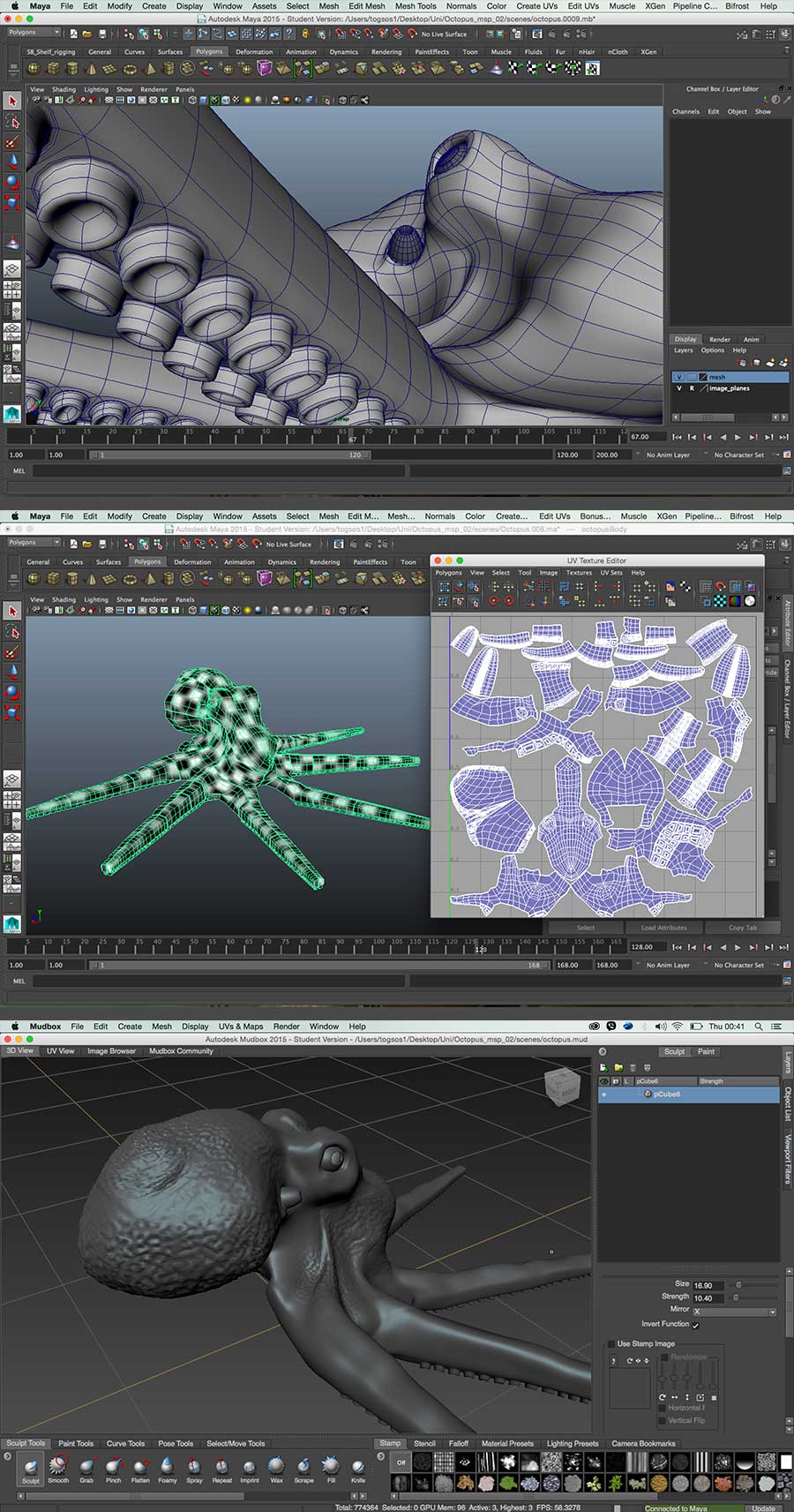 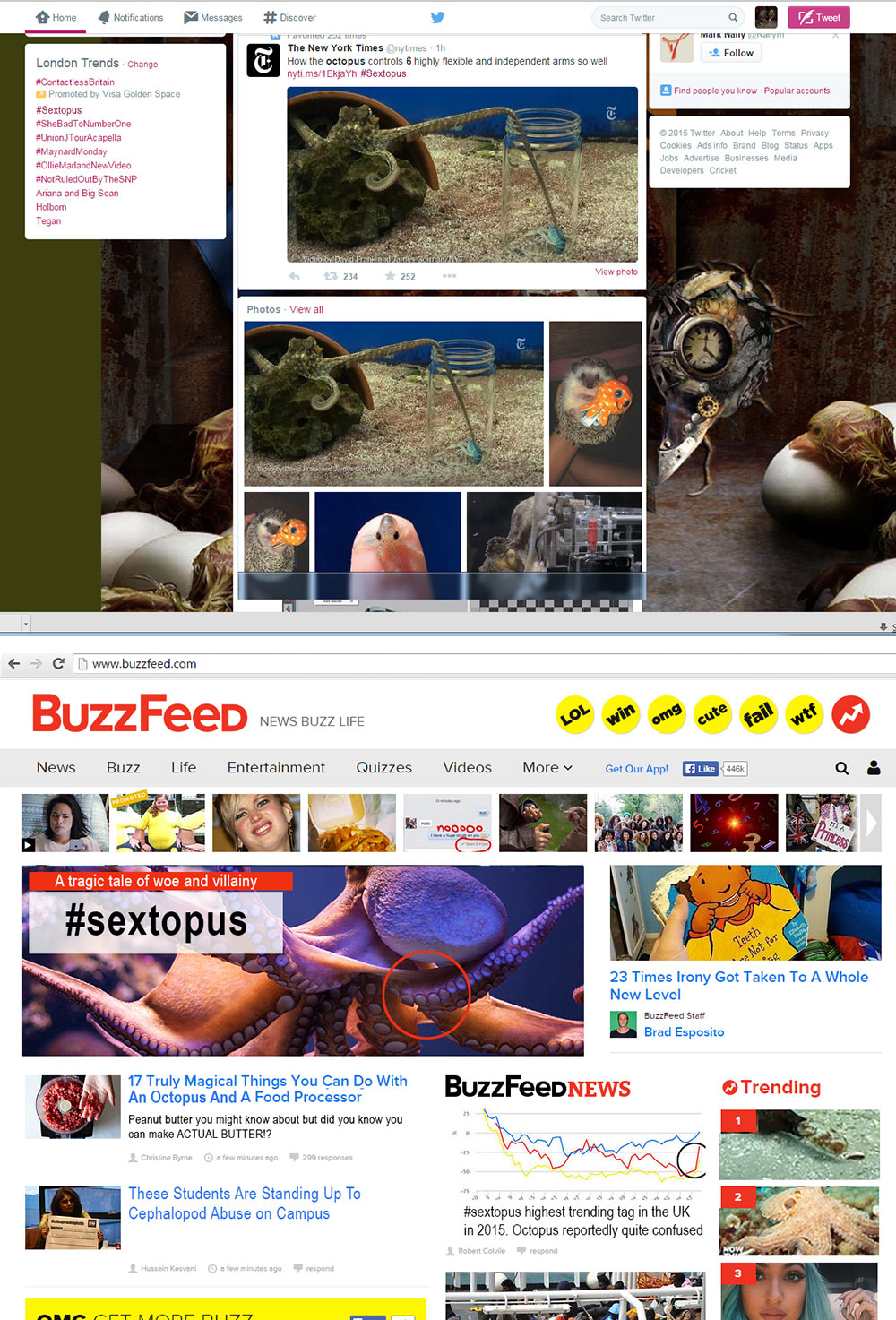