A tale of friendship, two mice and one BIG idea, oh, and cheese, best not forget the cheese!

Pixie and Oook are two friends who live together in a seventies themed apartment in the city. Oook is a DJ who plays festivals for Ratty Records and an innocent, free spirit. Pixie is an engineer and problem solver.

Pixie and Oook live in a world where there is no question that although they may use a spool of thread as a telephone table they also have laptops and phones. I wanted to purposely avoid the notion of making a lot of human objects fit for purpose but rather just have them have technology that suits their size.

The stories chart their adventures with their friends, whether it is building a chair out of cheese or stopping their arch rivals the stoat street gang (lead by the notorious Sonny Redpaw, a Jack Russell of some ill repute) from stealing all the birds’ feathers.

The Big Cheese Chair is the first in a series of books featuring Pixie and Oook. The stories are simply written and the concepts easily followed. Each picture contains multiple details to keep all interested. 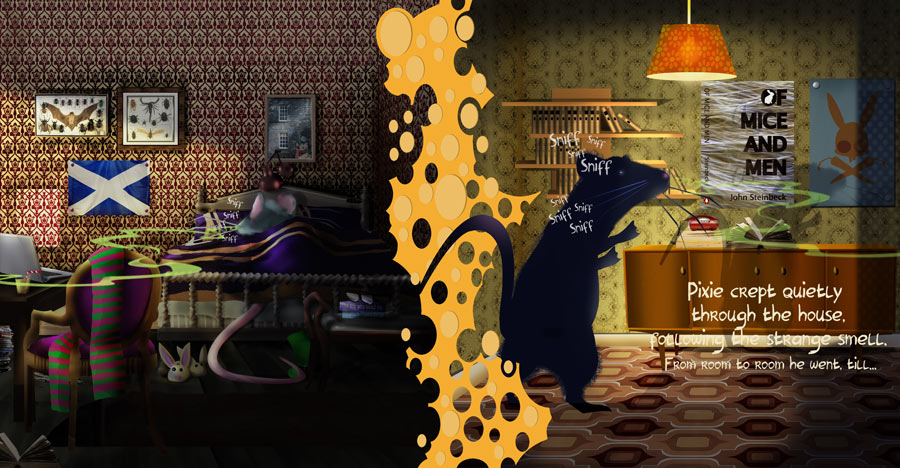